GENESIS: The Beginning of Desire

Literary and literate biblical exegesis from Jerusalem- based teacher and lecturer Zornberg. Based on ten years' worth of Zornberg's classes on the Pentateuch, these 12 loosely constructed essays ... Read full review

Genesis: the beginning of desire

Avivah Gottlieb Zornberg earned a Ph.D. in English literature from Cambridge University, and worked as a lecturer in the English Department at Hebrew University before turning to the teaching of religion. She has conducted classes in Torah for thousands of students at several different institutions in Israel. She also lectures widely in the United States, Canada, and the United Kingdom, and holds a visiting lectureship at the London School of Jewish Studies, an affiliate of the University of London. 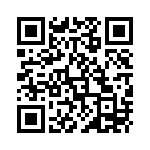