I finally gave in to temptation and ordered DNA tests for myself, my mother and my brother. Which, of course, requires a whole new course of reading. The announcement for this new book, Genetic ... Leer reseńa completa

Emily Aulicino, a genealogist who has researched her lineage both nationally and internationally since 1970, is the Northwest speaker and regional coordinator of the International Society of Genealogy (ISOGG). Aulicino manages 13 DNA projects and a surname study at the Guild of One Name Studies (GOONS). She has given presentations on genetic genealogy and has been a guest speaker for a large variety of audiences, including: Who Do You Think You Are? Conference 2013 (London), Family Tree DNAs International Conference; Southern California Genealogical Societys DNA Day at Jamboree; a DNA surname project conference in Virginia; the All Cultural Society of Ireland, a Jewish Genealogical Society, the West Coast Summit on African-American Genealogy, the Left Coast Eisteddfod, and various genealogical and lineage societies. She also created a DNA interest group at her genealogical society where she teaches several times a year. Aulicino's blogs on genetic genealogy and writing have received numerous awards. She has been interviewed about her genetic genealogy work for television and for various newspapers. Aulicinos article on "DNA Testing Solving Mysteries and Uniting Families" appeared in Irish Roots (Dublin, Ireland). Aulicino was selected to preview National Geographic's Geno 2.0 test and to participate in an autosomal research study that is exploring the reasons for the significant difference in match probabilities between Jewish and non-Jewish populations. Among Aulicinos published works are a family history, a handbook for writing family and childhood memories. Emily Aulicino remains current in her knowledge of genetic genealogy and in the latest techniques for exploring genealogy by attending yearly conferences and continuing family research. Aulicino assists Family Tree DNA at the Who Do You Think You Are? Live conference annually by explaining how DNA testing helps genealogists, what tests can assist researchers and in collecting DNA samples. 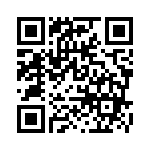