Genghis: birth of an empire

The author of the "Emperor" books about Julius Caesar (e.g.,The Gates of Rome ) returns with another series, this one based on the life of Temujin, the young man who would one day become Genghis Khan ... Read full review

Thank you. I have read and reread this series. Recently I went to an exhibit at the Franklin Institute in Philadelphia, PA about Genghis Khan and could not believe how much I already knew of the history of Genghis Khan. Your stories are very accurate.
I like how the author's notes remind me about this being a great story of the "rags to riches".
PEACEJEROME

Conn Iggulden is the acclaimed author of the Emperor novels, which chronicle the life of Julius Caesar: Emperor: The Gates of Rome, Emperor: The Death of Kings, Emperor: The Field of Swords, and Emperor: The Gods of War, all of which are available in paperback from Dell. He is also the author of the bestselling nonfiction work The Dangerous Book for Boys. He lives with his wife and two children in Hertfordshire, England. 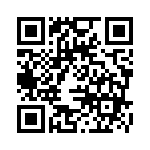