Hannibal Travis is a professor at Florida International University College of Law. 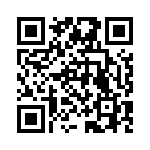