Geometric Algebra for physicists is a great book describing this 19th century vector algebra that will become the 21st century's de facto mathematical system for solving problems. I say this because the book has allowed me to expand my understanding of physics. I can now describe complex numbers as features of space and quaternions as a subalgebra. Most importantly the mathematical difficulties of electromagnetism and general relativity fall away with the treatment provided here.
The book also describes projective and conformal geometric algebra applications. i.e. graphics using 4 and 5d embedding spaces. From a programming perspective you're just using the algebra as a library. This is also clearly explained.
Geometric algebra itself, once you start digging in just blows you away with its breadth of application and simplicity of use. Buy this book today.

With the aids of the geometric algebra, it also adds to the level of covering the applications such as black hole physics and quantum computing. Thanks to Chris Doran.

Chris Doran obtained his PhD from the University of Cambridge, having gained a distinction in Part II of his undergraduate degree. He was elected a Junior Research Fellow of Churchill College, Cambridge in 1993, was made a Lloyd's of London Fellow in 1996 and was the Schlumberger Interdisciplinary Research Fellow of Darwin College, Cambridge in 1997 and 2000. He is currently a Fellow of Sidney Sussex College, Cambridge and holds an EPSRC Advanced Fellowship. Dr Doran has published widely on aspects of mathematical physics and is currently researching applications of geometric algebra in engineering and computer science.

Anthony Lasenby is Professor of Astrophysics and Cosmology at the University of Cambridge, and is currently Head of the Astrophysics Group and the Mullard Radio Astronomy Observatory in the Cavendish Laboratory. He began his astronomical career with a PhD at Jodrell Bank, specialising in the Cosmic Microwave Background, which has been a major subject of his research ever since. After a brief period at the National Radio Astronomy Observatory in America, he moved from Manchester to Cambridge in 1984, and has been at the Cavendish since then. He is the author or coauthor of nearly 200 papers spanning a wide range of fields, from early universe cosmology to computer vision. His introduction to geometric algebra came in 1988, when he encountered the work of David Hestenes for the first time, and since then he has been developing geometric algebra techniques and employing them in his research in many areas. 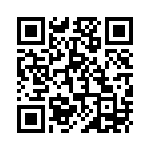