This lengthy book is a fascinatng look at how Washington responded to the crises that were manifested during the winter encampments of the Revolutionary War. Chadwick shares the details of the lack of ... Vollständige Rezension lesen

George Washington's War: The Forging of a Man, a Presidency and a Nation

In this conversational chronicle, Chadwick (history, Rutgers Univ.; The Two American Presidents) argues that the greatest threat to Gen. George Washington's army was not the British but the ... Vollständige Rezension lesen

Bruce Chadwick, Ph.D., lectures in American history at Rutgers University while also teaching writing at New Jersey City University. He is a former journalist and the author of four other historical books: Brother against Brother: The Lost Civil War Diaries of Lt. Edmund Halsey, Two American Presidents: Abraham Lincoln and Jefferson Davis 1861-1865, Traveling the Underground Railroad and The Reel Civil War: Mythmaking in American Film. He lives in New Jersey. 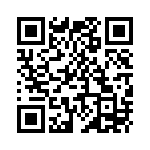