Noted historian Bercuson has uncovered much new information on the Bismarck, including a close examination of the wreck itself, discovered on the ocean floor only in 1989. 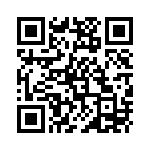