David Amigoni is Professor of Victorian Literature at Keele University. He is the author of The English Novel and Prose Narrative (Edinburgh University Press, 2000) and Victorian Biography: Intellectuals and the Ordering of Discourse (Harvester Wheatsheaf, 1992). He is co-editor, with Jeff Wallace, of Charles Darwin's 'Origin of Species': New Interdisciplinary Essays (Manchester UP, 1995), and co-editor, with Paul Barlow and Colin Trodd, of Victorian Culture and the Idea of the Grotesque (Ashgate, 1999). 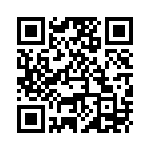