David Arditi is Associate Professor of Sociology at the University of Texas at Arlington, USA, and author of iTake-Over: The Recording Industry in the Digital Era. 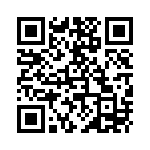