Damn it! I just realized I have ANOTHER book on ghost towns, after listing two others (one of which is great). Well, this one is easier to talk about because it really isn't (though it is) a guide per ... Read full review

Linda G. Harris, a Las Cruces resident, has been traveling and writing about New Mexico for twenty-five years. Her books on water resources, architecture, libraries, and history have won several awards, including the Southwest Book Award and the Zia Book Award.

Pamela Porter is a professional photographer whose work has been featured in New Mexico Magazine. She resides in Las Cruces, New Mexico. 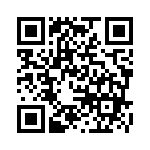