F.T. Lukens is an author of Young Adult fiction who got her start by placing second out of ten thousand entries in a fan community writing contest. A sci-fi enthusiast, F.T. loves Star Trek and Firefly and is a longtime member of her college's science-fiction club. She holds degrees in Psychology and English Literature and has a love of cheesy television shows, superhero movies, and writing. Her first novel in the Broken Moon series, The Star Host, was published by Duet Books in 2016. 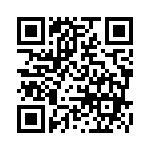