I liked this book, but mainly because of my Lincoln obsession. The writing is a bit dry, and I felt that there wasn't a lot of insight into who Lincoln was as a person. This may be due to his own ... Read full review

I must admit to knowing almost nothing about Robert Todd Lincoln. In fact, I probably would have had trouble coming up with his name if asked. I saw a book review for this book and decided I needed to ... Read full review

Jason Emerson is a journalist and an independent historian who has been researching and writing about the Lincoln family for nearly 20 years. He is a former National Park Service park ranger at the Lincoln Home National Historic Site, in Springfield, Illinois. His previous books include The Madness of Mary Lincoln (SIU Press, 2007—named Book of the Year by the Illinois State Historical Society), Lincoln the Inventor (SIU Press, 2009), and The Dark Days of Abraham Lincoln’s Widow, as Revealed by Her Own Letters (SIU Press, 2011). He lives near Syracuse, New York. 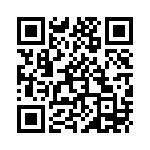