Historicism, cultural relativism, and positivism are again criticized by Bloom as contributing to a weakening of our traditional notions about good and evil, especially when applied to political ... Read full review 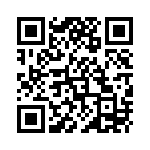