William I. Robinson is a Professor of Sociology at the University of California, Santa Barbara, where he is also affiliated with the Latin American and Iberian Studies Program and with the Global and International Studies Program. He has previously published seven books, among them, the award-winning Promoting Polyarchy (Cambridge, 1996), A Theory of Global Capitalism (2004), and the award-winning Latin America and Global Capitalism (2008). He has published some fifty articles in academic journals such as Sociological Forum, Theory and Society, International Studies Review, International Sociology, Cambridge Review of International Affairs, International Relations, Global Society, Globalizations, Race and Class, New Political Economy, Third World Quarterly, and Radical Philosophy and hundreds of essays, books chapters, and articles in the popular press. He is a member of the editorial board of fifteen academic journals. In 2013 Robinson was elected chair of the Political Economy of the World-System section of the American Sociological Association (ASA). He is a member of the ASA, the Latin American Studies Association, the Global Studies Association, and the International Studies Association. He was a founding writer for and editor of Pensamiento Propio, a monthly journal of the Coordinadora Regional de Investigaciones Economicas y Sociales. 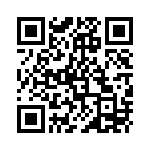