Prior to joining Elan, Dr. Bairu worked at Genentech for more than five years in a number of managed care, medical and commercial (Oncology, Immunology, and Cardiovascular) roles. He served as managed care Medical Director for Fremont Health Corporation/II before joining Genentech. He served on the board of directors for One World Health, a nonprofit drug development company funded by the Bill and Melinda Gates Foundation and A-Cube, a privately held pharma startup.

In 2013, Dr. Bairu was named to the boards of directors of Dubai-based NewBridge Pharmaceuticals (he also serves as chairman of NewBridge’s science and technology committee), and ADVentura Capital SL, a Barcelona, Spain-based venture capital firm focused on funding and mentoring promising healthcare, IT and GreenTech companies. In 2011, Dr. Bairu joined the advisory board of the China Trials 5, a global clinical trials development summit focusing on China and north Asia. He currently serves as Adjunct Faculty at the University of California San Francisco School of Medicine where he lectures on global clinical trials’ design, development and conduct.

Dr. Weiner attended Johns Hopkins University and the State University of New York, and worked at Mount Sinai Hospital in New York (Resident), and Yale University (Fellow). After service in the US Air Force, in 1971 at the University of Wisconsin he was awarded a VA Research Associate at the Madison VA. Subsequently he was awarded a VA Clinical Investigatorship and relocated to the Palo Alto VA/Stanford University, where he subsequently received the Young Investigator Award of the American College of Cardiology in 1976. In 1980 he performed the first experiment using implanted coils to obtain 31P NMR spectra from the kidney of living rats, beginning his work using NMR/MRI for research. Since1980 he has been at the San Francisco VA/UCSF. He is currently Director of the Center for Imaging of Neurodegenerative Diseases. He is Professor of Radiology, Medicine, Psychiatry, and Neurology at UCSF. He has published over 600 peer reviewed scientific papers. His grants include studies of Alzheimer’s disease, vascular dementia, frontotemporal dementia, HIV/AIDS, gulf war illness, posttraumatic stress disorder, traumatic brain injury, amyotrophic lateral sclerosis, epilepsy, and other neurodegenerative conditions. He is the Principal Investigator of: the NIA funded Alzheimer’s Disease Neuroimaging Initiative (ADNI)/Grand Opportunities (GO) Grant, and the renewal of ADNI (total funding over $150 million for these 3 grants). Recently he was awarded a grant from the DOD entitled Effects of traumatic brain injury and post traumatic stress disorder on Alzheimer’s disease (AD) in Veterans using ADNI. In 2006 Dr. Weiner was awarded the Middleton Award, for outstanding research in the VA. In 2010 he was awarded the Gold Medal of Paul Sabatier University in Toulouse France, and the Gold Medal of the city of Toulouse, France. In 2011 he accepted the Ronald and Nancy Reagan Research Award from the Alzheimer’s Association on behalf of ADNI. In 2013, he is being awarded the Potamkin Prize for Research in Pick’s, Alzheimer’s, and Related Diseases from The American Academy of Neurology and The American Brain Foundation. 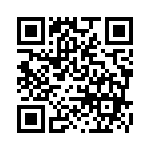