James Ferguson is Professor of Cultural and Social Anthropology at Stanford University. He is the author of Expectations of Modernity: Myths and Meanings of Urban Life on the Zambian Copperbelt and The Anti-Politics Machine: "Development," Depoliticization, and Bureaucratic Power in Lesotho. He is a coeditor of Culture, Power, Place: Explorations in Critical Anthropology, also published by Duke University Press, and of Anthropological Locations: Boundaries and Grounds of a Field Science. 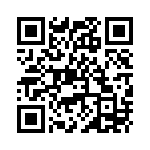