Most excellent. I would like to tell the author that I love him or her. I love you all. All this physical existence is manifest for the purpose of love. Thank you.
- Wald Wassermann

This book is mind boggling......a perfect slap to atheism and all credits to the Vedic Scriptures (Bhagavad-Gita and Srimad Bhagavatam) and Srila Prbahupada who presented it in a wonderful theistic manner.....I read only a few pages and i'm getting anxious to read more about Krishna's multifarious potencies
Thank you Mayesvara Prabhuji for this writing this cool book (And i know its Krishna who made you do it :D )
Hare Krishna! 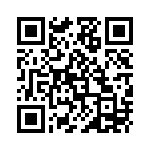