Essays that span the history of America, and particularly the role Religion plays in this history, are present in this work. Malcom X's Ballot or Bullet is printed in this volume. Lue koko arvostelu

Conrad Cherry is Distinguished Professor of Religious Studies and Director of the Center for the Study of Religion and American Culture at Indiana University-Purdue University at Indianapolis. His books include The Theology of Jonathan Edwards and Hurrying Toward Zion. 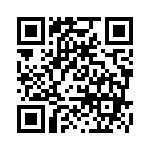