In his years working in the music biz, lawyer and producer Steve Machat has seen it all. Struggling to maintain integrity in a world full of drugs, greed, sex, and danger, where the only thing that matters is the bottom line, he has negotiated deals with some of the toughest men in the business, learning some hard lessons along the way. In Gods, Gangsters and Honor, Machat recounts these lessons and the circumstances which brought them, as well as exposing a lot of dirt on the artists and companies he’s worked with. He’s also not afraid to take the blame when it is due or recount some hilarious and embarrassing secrets of his own in this collection of memoirs that rubs some of the glitter off the image of rock ‘n’ roll.
These stories span his life, beginning with his teenage days when he gets advice on choosing a college from Frank Sinatra- “If I was you, kid, I’d go to Miami – you’ll have a field day with all the chicks” (pg. 2). They follow his career from law school, through his work in his father’s law office representing musicians to his ventures into music production and politics. The incidents he describe range from outrageous – Ozzie Osbourne biting the head off a canary and spitting it into an executive’s lap, being awakened at 4 AM by a naked, screaming Nicolette Sheridan, an entire gram of cocaine delivered to his wife for her birthday – to moving – his daughter’s struggles with drug addiction, the death of his father, and his own diagnosis of diabetes and the realization that his high-flying lifestyle was killing him. Some stories are told simply for humor’s sake – asking directions to a gym with Donny Osmond and being sent to a gay club by mistake - while others tackle serious issues like racism as he describes his attempts to “mix black and white to make greenbacks,” (pg. 274) and the difficulties faced by Jews in the field of law. He also discussed his troubles trying to promote music for the sake of art in an industry only interested in making money, “My mandate at Sony is to make money. F- the art,” (pg. 288). Machat’s experiences of deals gone bad, betrayals of trust, and corporate greed are enough to turn most people into cynics, yet he ends the book with a chapter that reveals a beautiful outlook on life, having transcended these obstacles to attain a philosophy of peace, love, and acceptance.
Machat’s world is a fascinating place to visit, where one can vicariously deal with gangsters and party like a rock star without fear of hangover or assault. The celebrities he’s worked with come from all genres, and any music fan, regardless of their taste, will likely find an icon they admire within these pages. Machat does not hold back any gritty details, so this book is strictly for those who enjoy R-rated reading. Some of the contract deals that he describes are incredibly complicated and may make for slow reading for the non-business minded, but they are worth following to get to the juicy tidbits that are revealed along the way. These stories are especially relevant in light of current anti-piracy debates, and Machat makes it difficult to have sympathy for the record companies as he depicts them ripping off artists, bootlegging their own albums, and blowing the profits on women and drugs. Altogether a great read, Gods, Gangsters, and Honor will have you laughing out loud, seething with disgust, and in the end, warmed at heart.
Quill Says: Dig through a pile of the rock gods’ sweat-stained, coke-powdered, dirty spandex tights in this must-read for any music lover that is alternately outrageous, hilarious, cynical, and hopeful.
(Reviewed by Cory Bickel for Feathered Quill Book Reviews)

Steven Machat is an entertainment attorney with nearly 30 years of experience producing music, films, television, and theatrical productions. He has functioned as a record company owner, a music publisher, and a talent manager. He splits his time between New York and London. 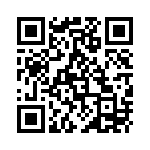