Richard F. Knapp received his Ph.D. from Duke University. He reitred in 2005 from the Historic Sites Section of the N.C. Office of Archives and History. During his tenure at Historic Sites, Dr. Knapp was responsible for the research and development of a number of the state's historic sites, including Reed Gold Mine. Brent D. Glass received his Ph.D. from the University of North Carolina at Chapel Hill. since 2002 he has served as director of the Smithsonian Institution's National Museum of American History. Previously, he served for fifteen years as the executive director of the Pennsylvania Historical and Museum Commission. 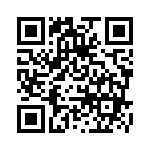