If only I'd had this book or this information when I was a teenager. I was totally shocked. I had no idea that tobacco is just one of the many carcinogens in cigarettes, nor that the industry knew as ... Read full review

Robert N. Proctor is Professor of the History of Science at Stanford University and author of Cancer Wars, Racial Hygiene, and The Nazi War on Cancer He is also a Fellow of the American Academy of Arts and Sciences. 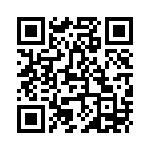