Stephen D. Moore is Edmund S. Janes Professor of New Testament Studies at the Theological School, Drew University, Madison, New Jersey. He is the author of many books, most recently Untold Tales from the Book of Revelation: Sex and Gender, Empire and Ecology (SBL Press) and The Bible in Theory: Critical and Postcritical Essays (Society of Biblical Literature), and the co-author of The Invention of the Biblical Scholar: A Critical Manifesto (Fortress). 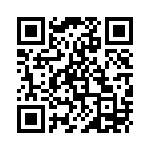