Yanzhong Huang is an associate professor at the John C. Whitehead School of Diplomacy and International Relations, Seton Hall University, and a Senior Fellow for Global Health at the Council on Foreign Relations. He is also the founding editor of Global Health Governance: The Scholarly Journal for the New Health Security Paradigm. 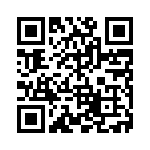