I read it in two days. Books like this can prevent WW3.

A commodities trader and hedge fund manager by day, Alex Krainer took up writing in an effort to uncover the truth about the pressing social, economic and political issues of the day, and share it broadly with the public. He was born in Croatia, one of the republics of former Yugoslavia, to a Croatian father and a Serbian mother. As a young man in the 1990s he lived through the downfall of the "Communist Bloc" and served in the Croatian Army during the war in that country. Having observed first-hand the events that led to the destructive and tragic wars in former Yugoslavia, he believes that truth is the single most important requirement needed to preserve peace. This book represents Alex's personal endeavor to contribute an important element of truth toward a peaceful resolution of the dangerous yet needless new Cold War between the United States and Russia so that the relations between these two great nations may develop in the spirit of friendship, mutual cooperation and widespread prosperity. 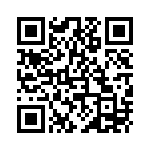