While faulting Paterson for missing an opportunity to show the intersections of public and private life, to merge popular culture with politics and to place women's lives on an equal footing with men ... Read full review

Although I prefer reading history books that are focused on a particular person, event, or theme, once in awhile, it’s good to get an overview of an era. And there’s no better series for that than the ... Read full review

About the Author:
James T. Patterson is Ford Foundation Professor of History at Brown University. 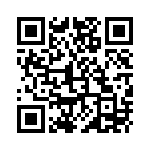