In her preface, Nasar describes Grand Pursuit as “the story of an idea that was born in the Golden Age before World War I,” the grand pursuit of “turning economics into an instrument of mastery” that ... Read full review

Grand Pursuit Chapter I Perfectly New: Engels and Marx in the Age of Miracles
The exact point is that it has not gone on a long time. [It is] perfectly new. . . .

Our system though curious and peculiar may be worked safely . . . if we wish to work it, we must study it.

"See to it that the material you''ve collected is soon launched into the world," the twenty-three-year-old Friedrich Engels wrote to his corevolutionist, Karl Marx. "It''s high time. Down to work, then, and quickly into print!"2

In October 1844, continental Europe was a smoldering volcano threatening to erupt. Marx, the son-in-law of a Prussian nobleman and editor of a radical philosophy journal, was in Paris, where he was supposed to be writing an economic treatise to prove with mathematical certainty that revolution must come. Engels, the scion of prosperous Rhenish textile merchants, was at his family''s estate, up to his eyebrows in English newspapers and books. He was drafting a "fine bill of indictment" against the class to which he and Marx belonged.3 His only anxiety was that the revolution would arrive before the galleys.

A romantic rebel with literary aspirations, Engels was already an "embryonic revolutionary" and "enthusiastic communist" when he met Marx for the first time two years earlier. Having spent his adolescence freeing himself from his family''s strict Calvinism, the slender, fair, severely nearsighted Royal Prussian artillerist had trained his sights on the twin tyrannies of God and Mammon. Convinced that private property was the root of all evil and that a social revolution was the only way to establish a just society, Engels had yearned to live the "true" life of a philosopher. To his infinite regret, he was predestined for the family trade. "I am not a Doctor," he had corrected the wealthy publisher of a radical newspaper who mistook him for a scholar, adding that he could "never become one. I am only a businessman."4

Engels Senior, a fervid Evangelical who clashed frequently with his freethinking son, wouldn''t have it any other way. As a proprietor, he was quite progressive. He supported free trade, adopted the latest British spinning equipment in his factory in the Wuppertal, and had recently opened a second plant in Manchester, the Silicon Valley of the industrial revolution. But as a father he could not stomach the notion of his eldest son and heir as a professional agitator and freelance journalist. When the global cotton trade collapsed in the spring of 1842, followed by the Chartist strikes, he insisted that the young Engels report to work at Ermen & Engels in Manchester as soon his compulsory military service was over.

Bowing to filial duty hardly meant the death of Engels''s dream of becoming the scourge of authority in all forms. Manchester was notorious for the militancy of its factory hands. Convinced that the industrial strife was a prelude to wider insurrection, Engels had been only too delighted to go where the action was and to use the opportunity to advance his writing career.

En route to England in November, he had stopped in Cologne, where he visited the grubby offices of the prodemocracy newspaper Rheinische Zeitung, to which he had been contributing occasional articles under the byline X. The new editor was a brusque, cigar-smoking, exceedingly myopic philosopher from Trier who treated him rudely. Engels had taken no offense and had been rewarded with an assignment to report on the prospects for revolution in England.

When Engels arrived in Manchester, the general strike had petered out and the troops had returned to their London barracks, but there were unemployed men hanging around street corners, and many of the mills were still idle. Despite his conviction that the factory owners would rather see their employees starve than pay a living wage, Engels could not help noticing that the English factory worker ate a great deal better than his counterpart in Germany. While a worker at his family''s textile mill in Barmen dined almost exclusively on bread and potatoes, "Here he eats beef every day and gets a more nourishing joint for his money than the richest man in Germany. He drinks tea twice a day and still has enough money left over to be able to drink a glass of porter at midday and brandy and water in the evening."5

To be sure, unemployed cotton workers had had to turn to the Poor Law and private soup kitchens to avoid "absolute starvation," and Edwin Chadwick''s just-published Report on the Sanitary Condition of the Labouring Population of Great Britain revealed that the average male life span in Manchester was seventeen years, half that of nearby rural villages, and that just one in two babies survived past age five. Chadwick''s graphic descriptions of streets that served as sewers, cottages damp with mold, rotting food, and rampant drunkenness demonstrated that British workers had ample grounds for resentment.6 But while Carlyle, the only Englishman Engels admired, warned of working-class revolt, Engels found that most middle-class Englishmen considered the possibility remote and looked to the future with "remarkable calm and confidence."7

Once settled in his new home, Engels resolved the conflict between his family''s demands and his revolutionary ambitions in a characteristically Victorian fashion. He lived a double life. At the office and among his fellow capitalists, he resembled the "sprightly, good humored, pleasant" Frank Cheeryble, the "nephew of the firm" in Dickens''s Nicholas Nickleby who "was coming to take a share in the business here" after "superintending it in Germany for four years."8 Like the novel''s attractive young businessman, Engels dressed impeccably, joined several clubs, gave good dinners, and kept his own horse so that he could go fox hunting at friends'' estates. In his other, "true" life, he "forsook the company and the dinner-parties, the port-wine and champagne" to moonlight as a Chartist organizer and investigative journalist.9 Inspired by the exposés of English reformers and often accompanied by an illiterate Irish factory girl with whom he was having an affair, Engels spent his free time getting to know Manchester "as intimately as my native town," gathering materials for the dramatic columns and essays he filed to various radical newspapers.

Engel''s twenty-one months as a management trainee in England led him to discover economics. While German intellectuals were obsessed by religion, the English seemed to turn every political or cultural issue into an economic question. It was especially true in Manchester, a stronghold of English political economy, the Liberal Party, and the Anti-Corn Law League. To Engels, the city represented the interconnections between the industrial revolution, working class militancy, and the doctrine of laissez-faire. Here "it was forcibly brought to my notice that economic factors, hitherto ignored or at least underestimated by historians, play a decisive role in the development of the modern world," he later recalled.10

Frustrated as he was by his lack of a university education, particularly his ignorance of the works of Adam Smith, Thomas Malthus, David Ricardo, and other British political economists, Engels was nonetheless perfectly confident that British economics was deeply flawed. In one of the last essays he wrote before leaving England, he hastily roughed out the essential elements of a rival doctrine. Modestly, he called this fledgling effort "Outlines of a Critique of Political Economy."11

Across the English Channel in St. Germain-en-Laye, the wealthiest suburb of Paris, Karl Marx had buried himself in histories of the French Revolution. When Engels''s final piece arrived in the post, he was jolted back to the present, electrified by his correspondent''s "brilliant sketch on the critique of economic categories."12

Marx too was the prodigal (and profligate) son of a bourgeois father. He too was an intellectual who felt trapped in a philistine age. He shared Engels''s sense of German intellectual and cultural superiority, admired all things French, and bitterly resented British wealth and power. Yet he was in many ways Engels''s opposite. Domineering, impetuous, earnest, and learned, Marx had none of the other man''s glibness, adaptability, or cheerful bonhomie. Only two and a half years older, Marx was not only married and the father of a baby girl but also a doctor of philosophy who insisted on being addressed as such. A short, powerfully built, almost Napoleonic figure, he had thick jet-black hair that sprouted from cheeks, arms, nose, and ears. His "eyes glowed with an intelligent and malicious fire," and, as his assistant at the Rheinische Zeitung recalled, his favorite conversation starter was "I am going to annihilate you."13 One of his biographers, Isaiah Berlin, identified Marx''s "belief in himself and his own powers" as his "single most outstanding characteristic 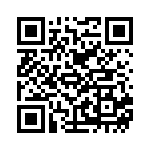