(review originally written for bookslut) Great Books by David Denby is by no means itself a great book, though it is entertaining enough, I suppose. Being the avid bookslut that I am, I am always ... Read full review

Film critic David Denby re-takes the Columbia College core courses 30 years later. I did finish this book, but skimmed over the discussion of the actual literature, which was just too intellectual for ... Read full review

David Denby has been film critic of New York magazine since 1978, and is a contributing editor of The New Yorker. His reviews and essays have also appeared in The New Republic, The Atlantic, and The New York Review of Books. He lives in Manhattan with his wife, the novelist Cathleen Schine. and their two sons. 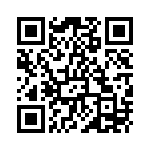