If you're into soap operas, you'll ADORE this rather long fiction book. But for me it was a great slog. Could have been two or three good books, but I admit to getting bored with all the extraneous ... Read full review

Do not be daunted by the page count of this book. This phenomenal story needs all of them! Wow! The timeline alternates between Marian's intriguing and adventurous life, and the actress chosen to ... Read full review

MAGGIE SHIPSTEAD is the New York Times best-selling author of the novels Astonish Me and Seating Arrangements and the winner of the Dylan Thomas Prize and the Los Angeles Times Book Prize for First Fiction. She is a graduate of the Iowa Writers' Workshop, a former Wallace Stegner Fellow at Stanford, and the recipient of a fellowship from the National Endowment for the Arts. 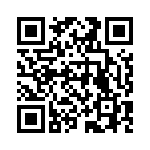