Dr. James F. Engle was raised in a non-religious home. He became an agnostic by his college years. During his senior year he was confronted with the Gospel and trusted in Christ for his salvation. His conversion radically changed and redirected his life, resulting in God's call to pastoral ministry. Earning degrees from Rockford College, Bethel Theological Seminary and Knox Theological Seminary, he has served in the local church as a pastor since 1976. He is married to Sue and has two children and four grandchildren. The supreme authority of God's Word, the Bible, is the emphasis for all of Dr. Engle's teaching and preaching. In addition to his ministry in the local church, he has been a faculty member of the Billy Graham Schools of Evangelism. He has served with Evangelism Explosion International since the late 1970's, teaching worldwide and assisting with material development. Currently, he is the Senior Pastor of Immanuel Baptist Church in Wausau, Wisconsin and holds a position on the Evangelism Explosion Board of Directors. 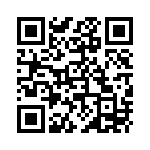