Criticism of Polanyi's idea of the 'double movement'. Transition from early capitalism and the free market to 'embedded liberalism'. But Polanyi does not understand the idea of how neoliberalism ... Read full review

This is a brilliant, meticulously researched book, which is a worthy successor to Polanyi's seminal work, The Great Transformation, from which it explicitly draws its inspiration.
Blyth's central thesis is that, in the operation of democratic capitalism, "[i]deas matter because they can actually alter people's conception of their own self-interest" (p. vii). He then goes on to detail how, in Sweden and the United States, "embedded liberalism" ("liberalism" in the American sense of center-left on the political spectrum) grew out of a set of economic ideas about the origins of the Great Depression that led to policies informing a set of institutions (such as collective bargaining) that tempered the effects of markets on labor, and which became so "embedded" in the functioning of democratic capitalism that the ideas and institutions appeared "natural" and irrational to question.
However, starting in the 1960s, and reaching a head with the "stagflation" of the 1970s, economic elites determined that "embedded liberalism" was no longer in their interests. The book then details how these elites systematically deployed their considerable resources to resurrect once discredited neoliberal ("neoliberal" in the other sense of support for laissez faire markets) economic ideas (e.g., Hayek and Friedman) to build credibility for an institutional structure where elite prerogatives (such as free mobility of capital) appeared to be "natural" and in the general interest.
It goes without saying that the success of the neoliberal project, which is ongoing, has been considerable. One need only consider how Richard Nixon's economic policies (which, at various points, involved abandonment of the market in favor of price controls) were to the left of Obama's; yet the right paints Obama as an alien socialist.
The details of how the institutional shifts unfolded and the specific structures that developed in the United States and Sweden differed significantly due to local culture, politics and the dramatically different place that each country occupies within global capitalism. Nevertheless, Blyth convincingly demonstrates that the development and content of ideas mattered in the creation and destruction of "embedded liberalism." The particular virtue of this work is that it examines this process in detail at a "middle" level that is rarely considered. Often, other studies that examine the same topics and history as Great Transformations either operate at a level of abstraction that glosses over the specific, historical development of institutions, or simply give a historical narrative without developing a theory of the processes at work.
Although it appears not to draw upon it, Great Transformations nicely complements Immanuel Wallerstein's work on world systems theory, which is similar in spirit in paying attention to both historical detail and theory, but which focuses more on the development and operation of capitalism as a global system than the development of institutions in specific countries. It also complements the work of the Marxian economists Gerard Duménil and Dominique Lévy, which, among other things, details how economic elites coopted many of the financial institutions developed in the wake of the Depression to accomplish the turn to neoliberalism and the upward distribution of wealth. 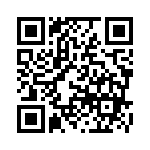