Scholarly, heavy going - perhaps most useful as a reference than as something to read through from start to finish. Still, belongs on the bookshelf of anyone serious about the subject, I should have thought... Volledige review lezen 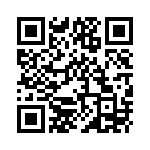