Page x - Collection at the Library of the Performing Arts of the New York Public Library in New York City.
Appears in 10 books from 1949-2001

KARELISA V. HARTIGAN is Professor of Classics at the University of Florida. She is the author of several books including Ambiguity and Self-Deception: The Apollo and Artemis Plays of Euripides. 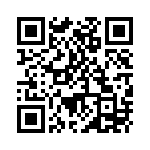