Grey is the color of hope

In 1983 Ratushinskaya was sentenced to seven years' hard labor in the grim Barashevo "strict regime'' camp and five years' internal exile for having the indecency to write what was considered anti ... Read full review

Irina Borisovna Ratushinskaya was born in Odessa, Ukraine on March 4, 1954. She received a bachelor's degree and master's degree in physics at Odessa I.I. Mechnikov National University. She taught for several years at a primary school, where she tussled with the administration over its discrimination against Jewish students and was forced out. In April 1983, she was sentenced to seven years of forced labor because the government viewed her poetry as anti-Soviet propaganda. At the work camp, she made gloves for Soviet workmen and secretly wrote poetry that was smuggled out of the camp to her husband. She was released in October 1986 on the eve of the Ronald Reagan- Mikhail Gorbachev summit in Reykjavik, Iceland. Her camp experience resulted in a memoir entitled Grey Is the Colour of Hope and more than 250 poems that were published in collection like Beyond the Limit. She died from cancer on July 5, 2017 at the age of 63. 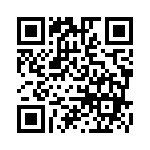