I loved these tales (in German) when I was a child. Now I'm reading this book to our almost 5-year-old and he loves the stories also. I'm realizing how odd some of them seem in translation, and there ... Read full review

Ralph Manheim was a highly acclaimed, prize-winning translator of major German and French works, including books by Hitler, Proust, Brecht, and Grass. Mr. Manheim won a John D. and Catherine T. MacArthur Foundation "genius" award in 1983. He also won honors from PEN, a National Book Award, a prize from the American Academy and Institute of Arts and Letters and a Guggenheim Fellowship. He died in 1992 at the age of 85.

The Brothers Grimm, Jacob (1785–1863) and Wilhelm Grimm (1786–1859), were German academics, philologists, cultural researchers, lexicographers and authors who together specialized in collecting and publishing folklore during the 19th century. They were among the best-known storytellers of folk tales, and popularized stories such as “Cindrella,” “Hansel and Gretel,” “Rapunzel,” “Sleeping Beauty,” and “Snow White.” 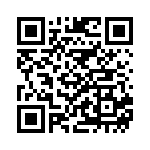