In this Faith & Freedom Trilogy Book 3, sixteen-year-old Sandy M'Kethe, son of Ian McKethe who plays important roles in the two previous books, Guns of Thunder and Guns of the Lion, sequel series to the Crown & Covenant trilogy, decides to go off to fight with the Continental Army under George Washington against the British in the American Revolution. After participating in the Battle of Dorchester Heights outside of Boston, MA, he and his new friend Salem Poor, a free black, sign on to serve in the Continental Navy aboard the sloop Providence under the intrepid sea captain John Paul Jones. Over the next four or so years, ot only do they sail the seas capturing British ships, but they also spend some time in Paris, France, where Sandy meets both Benjamin Franklin and John Adams.
Upon returning to America, the two fellow soldier-sailors are assigned to the disastrous attempt under the hapless Commodore Dudley Saltonstall to take the British fortifications at Penobscot Bay in Maine, which results in total defeat and destruction to the Continental forces. What will happen to Sandy and Salem? Will they be captured or escape? Will they even survive? Here is historical fiction which presents an engaging and accurate account of America's revolutionary beginning without political correctness. Sandy faces some hard questions and wrestles with difficult decisions, as all believers do in times of crisis, but the emphasis of the book is upon his striving to follow God’s will in everything that he does. The ending is both sad and surprising. We did the book as a family read aloud and everyone enjoyed it. 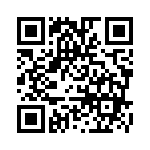