The editor and author:
Tobias G. Natter studied art history and history at the universities of Innsbruck, Munich, and Vienna. He worked at the Österreichische Galerie Belvedere in Vienna for fifteen years. From 2001–2002 he was curator of the Neue Galerie in New York. From 2006 to 2011 he directed the Vorarlberg Museum in Bregenz and was responsible for the museum's new premises and the reorganization of the collection. Since October 2011 he is the director of the Leopold Museum in Vienna. His extensive publications and his conception and organisation of exhibitions on the theme of “Vienna around 1900” have made him an internationally acknowledged expert on Viennese art at the turn of the century. 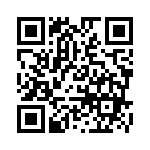