John King is the host of the world's greatest creative writing podcast, The Drunken Odyssey, as featured on "best of" lists by Book Riot and The Millions. He holds an MFA in fiction writing from New York University, and a doctorate in English from Purdue University. His work appears in the anthologies 15 Views of Orlando, Other Orlandos, and Condoms and Hot Tubs Don't Mix, as well as in journals, such as Gargoyle, The Newer York, and Painted Bride Quarterly. He lives in a secret location in the lesser Orlando area with his wife, cat, and a cadre of robot duplicates. The Drunken Odyssey creative writing podcast, https://thedrunkenodyssey.com/ 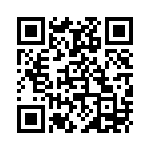