Alf Hiltebeitel is Professor in the Department of Religion at George Washington University. He edited Criminal Gods and Demon Devotees: Essays on the Guardians of Popular Hinduism and The Ritual of Battle: Krishna in the Mahaharata, both published by SUNY Press.

Barbara D. Miller is Professor in the Department of Anthropology, George Washington University. 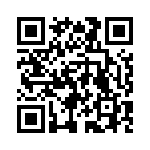