Thoroughly researched and beautifully written, this book deserves a place in any U.S. History course. The fact that it won't get it won't surprise many of us, but I appreciate that the women took such great care in retelling this hair history.

Ayana D. Byrd graduated from Barnard College and is the co-editor of Naked: Black Women Bare All About Their Skin, Hair, Hips, Lips and Other Parts. Her work has appeared in numerous anthologies, as well as magazines including Glamour, Essence and Rolling Stone. She lives in Brooklyn, New York.

Lori L. Tharps is an assistant professor of journalism at Temple University. A graduate of Columbia University's Graduate School of Journalism, she is also the author of the memoir Kinky Gazpacho: Life, Love & Spain. She lives in Philadelphia with her husband and three children. 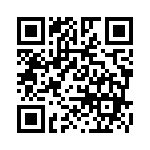