Amalia K. Amaki is the curator of the Paul R. Jones Collection and assistant professor of art and Black American studies at the University of Delaware. Andrea D. Barnwell is the director of the Spelman College Museum of Fine Art, Atlanta. 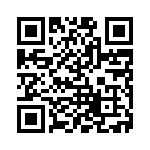