This is a very well explained, comprehensive and practical book on MR.

Matt Bernstein received his Ph.D. in theoretical nuclear physics in 1985 from the University of Wisconsin. From 1987-1998, he served first as Senior Software Designer and then later as Senior Physicist at GE Medical Systems, developing novel techniques for MR. He has been awarded 36 US patents over his career. Currently he is a board-certified Medical Physicist and researcher at Mayo Clinic, where he is a Full Professor in the Department of Radiology, with a joint appointment in the Department of Physiology and Biomedical Engineering. Recently the research group he leads developed a novel Compact 3T scanner in collaboration with GE Global Research, and he is currently serving as PI of a 5-year, NIH U01 grant for this program. Dr Bernstein was Editor-in-Chief of Magnetic Resonance in Medicine from 2011-2019, and chaired the International Society for Magnetic Resonance (ISMRM) Engineering Study Group. He is a Fellow of the ISMRM and AIMBE, and is a Distinguished Investigator of the Academy for Radiology & Biomedical Imaging Research. He also served on the Board of Directors of the American Board of Medical Physics, the Board of Trustees of the ISMRM, as well as on several NIH Study Sections. Dr Bernstein has authored over 130 peer-reviewed papers, 250 conference abstracts, and co-authored the book Thinking about equations: A practical guide for developing mathematical intuition in the physical sciences and engineering. According to Google Scholar, his work has been cited approximately 15,000 times.

Xiaohong Joe Zhou is a Professor of Radiology, Bioengineering, and Neurosurgery at The University of Illinois College of Medicine at Chicago and Chief Medical Physicist at the University of Illinois Hospital. He received his B.Sc. degree in physical chemistry from Peking University in China (1984), and Ph.D. degree in magnetic resonance imaging (MRI) from the University of Illinois at Urbana-Champaign (1991). Following postdoctoral training in radiology at Duke University and a brief stay on the faculty of University of Pittsburgh, Dr. Zhou joined the Applied Science Laboratory of General Electric Medical System where he made contributions to fast imaging and diffusion MRI. In 1998, he was recruited to The University of Texas M. D. Anderson Cancer Center as an Assistant Professor and a clinical medical physicist. Since relocating to University of Illinois at Chicago in 2003, Dr. Zhou has been conducting MRI research in the areas of diffusion imaging, cancer imaging, neuroimaging, and pulse sequence development. He is a board-certified medical physicist, a Fellow of ISMRM, a Fellow of AIMBE, and a recipient of Distinguished Investigator Award by the Academy for Radiology and Biomedical Imaging Research. 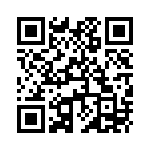