Alan B. Albarran is the chair of the Department of Radio, Television and Film, as well as the director of the Center for Spanish Language Media at the University of North Texas in Denton, TX. The author/editor of 12 books and former editor of two scholarly journals, Dr. Albarran is internationally recognized as one of the leading scholars in the field of media management and economics. He has presented workshops and seminars in 20 countries and also consults on the media industries. Dr. Albarran's awards include the Broadcast Education Association's Distinguished Scholar Award (2009) and the Journal of Media Economics Award of Honor (2008). He served as the president of the Broadcast Education Association and the Texas Association of Broadcast Educators. 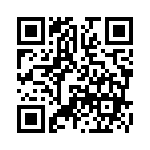