This is an exceptional consolidated work on personality. A structure given assist in building an understanding as to what influences a person's personality.

Oliver P. John, PhD, is Professor of Psychology and Research Psychologist at the University of California, Berkeley, where he is also Acting Director of the Institute of Personality and Social Research. Dr. John has won the Distinguished Teaching Award from Berkeley's College of Letters and Science, the Theoretical Innovation Prize from the Society for Personality and Social Psychology, the Best Paper of the Year Award from the Journal of Research in Personality, and the Cattell Award for Early Career Contributions from the Society of Multivariate Experimental Psychology. In more than 90 articles and three books, Dr. John has examined personality structure, emotion regulation, self-perception, and methodological issues. Richard W. Robins, PhD, is Professor of Psychology at the University of California, Davis. Dr. Robins is coeditor of two books, Handbook of Research Methods in Personality Psychology and The Self-Conscious Emotions, and he served as Associate Editor of the Journal of Personality and Social Psychology. He has won the Distinguished Scientific Award for Early Career Contribution to Psychology from the American Psychological Association and the Theoretical Innovation Prize from the Society for Personality and Social Psychology. His research focuses on personality, emotion, and the self. Lawrence A. Pervin, PhD, is Professor Emeritus at Rutgers University, where he served as Professor of Psychology from 1971 to 2004. In addition to editing the first edition of this handbook, he is the original author of the textbook Personality: Theory and Research, now in its 10th edition; the author of three editions of Current Controversies and Issues in Personality; and the founding editor of the journal Psychological Inquiry. Dr. Pervin's books have been translated into eight languages. 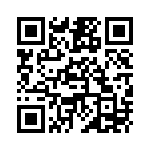