Pijush Samui is working as an associate professor in civil engineering department at NIT Patna, India. He graduated in 2000, with a B.Tech. in Civil Engineering from Indian Institute of Engineering Science and Technology, Shibpur, India. He received his M.Sc. in Geotechnical Earthquake Engineering from Indian Institute of Science, Bangalore, India (2004). He holds a Ph.D. in Geotechnical Earthquake Engineering (2008) from Indian Institute of Science, Bangalore, India. He was a postdoctoral fellow at University of Pittsburgh (USA) (2008-2009) and Tampere University of Technology (Finland) (2009- 2010). In 2010, Dr. Pijush joined in the Center for Disaster Mitigation and Management at VIT University as an Associate Professor. He was promoted to full Professor in 2012. Dr. Pijush is the recipient of the prestigious CIMO fellowship (2009) from Finland, for his integrated research on the design of railway embankment. He was awarded Shamsher Prakash Research Award (2011) by IIT Roorkee for his innovative research on the application of Artificial Intelligence in designing civil engineering structure. He was selected as the recipient of IGS Sardar Resham Singh Memorial Award - 2013 for his innovative research on infrastructure project. He was elected Fellow of International Congress of Disaster Management in 2010. He served as a guest in disaster advance journal. He also serves as an editorial board member in several international journals. He has been selected as an adjunct professor at Ton Duc Thang University (Ho Chi Minh City, Vietnam). He has been Visiting Professor at Far East Federal University (Russia).

Dieu Tien Bui is in the Geographic Information System Group, Department of Business and IT at the University of South-Eastern Norway, Norway.

Dr. Subrata Chakraborty is currently a Professor and former Head of Civil Engineering Department at the Indian Institute of Engineering Science and Technology, Shibpur. He is a fellow of the Indian National Academy Engineering. Prof. Chakraborty did his Bachelor in Civil Engineering from Bengal Engineering College, Shibpur, M. Tech. and PhD from IIT Kharagpur. He was a postdoctoral researcher at University of Cambridge, UK and University of Arizona, USA and Technical University of Aachen, Germany. In general, Prof. Chakraborty's research interests are in the field of computational mechanics under uncertainty, structural health monitoring, vibration control, composite mechanics etc. He has published extensively in peer reviewed journals, authored textbook and book chapters and reviewed research articles for various national and international journals. As an independent researcher, he has completed a number of research projects funded by various agencies and is also active in important industrial consultancy. While his inspiring teaching coupled with innate urge for intensive research has already established him as a distinguished academician at the national level, several awards and laurels have come his way. The Humboldt Fellowship for Experienced Researchers, the V. H. Joshi Award for Significant Contributions in Structural Dynamics, the INAE Young Engineer Award, the BOYSCAST Fellowship, and the Young Faculty Research Award deserve special mention. 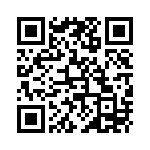