Hadoram Shirihai is Israel's foremost ornithologist and the author of books including the acclaimed Sylvia Warblers and A Complete Guide to Antarctic Wildlife. While his work, especially on tubenoses, has taken him to virtually every corner of the globe, his love of deserts and bird migration means that he is still to be found at Eilat, the watchpoint at the head of the Red Sea that he brought to the world's attention, virtually every spring. The scientific name of the Desert Tawny Owl (Strix hadorami), a species that has attracted his attention and research since he was a schoolboy, honours his devotion to Middle Eastern ornithology.

The name Lars Svensson can truly be considered 'household' among European birdwatchers. His knowledge of Western Palearctic birds, in both field and museum, is second to none, and has resulted in two best-selling works synonymous with his name: his 'bible' for ringers, the Identification Guide to European Passerines, and the field guide to Western Palearctic birds, universally known simply as the Collins Bird Guide. During the extensive preparations for this book, his in-depth work yielded a brace of previously undescribed subspecies. He lives in southern Sweden. 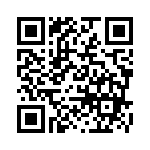