Thich Nhat Hanh was born in central Vietnam on October 11, 1926. He entered Tu Hieu Temple as a novice monk at the age of sixteen. During the Vietnam War, he was part of a movement called "engaged Buddhism", which combines traditional practices with nonviolent civil disobedience. For this, he was exiled by both the Communist and non-Communist governments and was nominated by Martin Luther King, Jr. for the Nobel Peace Prize in 1967 for his efforts to reconcile North and South Vietnam. He is a teacher, author, poet, and peace activist. He has written over 100 titles on meditation, mindfulness and Engaged Buddhism, as well as poems, children's stories, and commentaries on ancient Buddhist texts. His books include The Heart of the Buddha's Teaching: An Introduction to Buddhism, Peace Is Every Step, The Miracle of Mindfulness, The Art of Power, True Love and Anger, Vietnam: Lotus in a Sea of Fire, and Living Buddha, Living Christ. He founded a retreat in France called Plum Village. 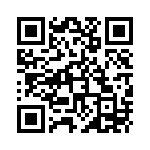