Lys Symonette began her collaboration with Weill and Lenya in 1945 as Weill's musical assistant on Broadway. After Weill's death, she was Lenya's accompanist and musical adviser and now serves as Musical Executive of the Kurt Weill Foundation for Music in New York. Kim H. Kowalke is Professor of Musicology at the University of Rochester and President of the Kurt Weill Foundation for Music. He has edited two collections of essays about Weill and authored numerous essays on twentieth-century music and theater.

Critics have said that Eric Bentley has given a new direction to theatrical history and represents the German avant-garde in drama. Brecht's most ambitious venture in verse drama, Saint Joan of the Stockyards (1933), was written in Germany shortly before Hitler came to power. Brecht left his homeland in 1993. Before he came to the United States in 1941, he was one of the editors of a short-lived anti-Nazi magazine in Moscow (1936--39). In 1949 his play Mother Courage and Her Children, which was a Marxist indictment of the economic motives behind internal aggression, was produced in the United States. Brecht found a large audience as librettist for Kurt Weill's Threepenny Opera, an adaptation of John Gay's Beggar's Opera. Brecht is considered a playwright who saw the stage as a platform for the presentation of a message. His aim was to transform the state from a place of entertainment to a place for instruction and public communication. He called himself an epic realist. In 1947, Brecht was summoned to Washington, D.C., by the on Un-American Activities Committee, before which he testified. He firmly denied that he had ever been a member of the Communist Party. How radical Brecht really was has been the subject of considerable controversy; but, for literary purposes, his politics need only be judged as they contributed to his artistry. In his final years Brecht experimented with his own theater and company-the Berliner Ensemble-which put on his plays under his direction and which continued after his death with the assistance of his wife. Brecht aspired to create political theater, and it is difficult to evaluate his work in purely aesthetic terms. It is likely that the demise of Marxist governments will influence his reputation over the next decade, though the changes are difficult to predict. Brecht died in 1956. 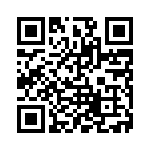