Dr Hunt has taught a range of Australian History, Australian Studies, Australian Cultural History and Modern History subjects across seven Australian universities since 1999. Her research interests include various aspects of Australian cultural history, among them female cultural authority; cultural histories of running and triathlon; and the interrelationship between sport and understandings of identity and place. In 2009, Dr Hunt received the Fryer Library Award for her project 'Daphne Mayo - three snapshots'. This project allowed Hunt to continue her research into female cultural authority- in this instance, the strategies that sculptor Daphne Mayo developed in order to open up Queensland to the arts and artistic thinking endorsed by the art worlds of Europe, America, and the rest of the world. Hunt has published articles in numerous journals, including Australian Historical Studies, Journal of Australian Studies, Australian Cultural History, Australian Literary Studies, and has work forthcoming in Hecate, and the major international journal Women's History Review. Hunt has also contributed numerous entries to the Australian Dictionary of Biography and delivered conference and seminar papers around Australia, and in Scotland. She is currently working on two book projects: a cultural history of triathlon in Australia, and the sporting histories of the Gold Coast. 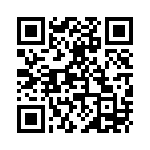