This tome purports to explain why J.K. Rowling's blockbuster novels are just Pure Evil(TM). You can tell by his spelling of "magick" that Abanes is no fan. Skip this hysterical, poorly written volume ... Read full review

Weirdly earnest, I admit one of the reasons I was attracted was the spelling of the word 'Magick'. Read full review

Richard Abanes is a freelance journalist and investigative reporter specializing in cults, the occult, world religions, and new religious movements. He is a former cult member but now is a devout Christian. Abanes was a researcher with the Christian Research Institute and founded the Religious Information Center (RIC) of Southern California. He has been a guest on radio and television talk shows including Hard Copy, EXTRA and Rolanda. He has been cited as an expert on religion and cults by the Los Angeles Times, New York Times, Chicago Tribune, Atlanta Journal and Constitution, Waco Tribune-Herald, and Christianity Today. Abanes has authored several books including American Militias: Rebellion, Racism and Religion, Defending the Faith: A Beginner's Guide to Cults and New Religions, Journey into the Light: Exploring Near-Death Experiences, and The Less Traveled Road and the Bible: A Scriptural Critique of the Philosophy of M. Scott Peck. His feature articles, news stories, and video reviews have been published in national magazines, including Bookstore Journal, Christianity Today, Charisma and Christian Life, Ministries Today, and Christian Research Journal. 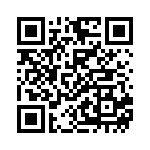