Jana L. Argersinger is a coeditor of ESQ: A Journal of the American Renaissance and Poe Studies/Dark Romanticism and serves as president of the Council of Editors of Learned Journals. Leland S. Person is a professor of English at the University of Cincinnati. His books include The Cambridge Introduction to Nathaniel Hawthorne. 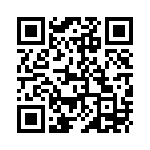